Is Duke right that $60,000 tuition is a bargain?
2 comments
Share:FacebookTwitter
Economics 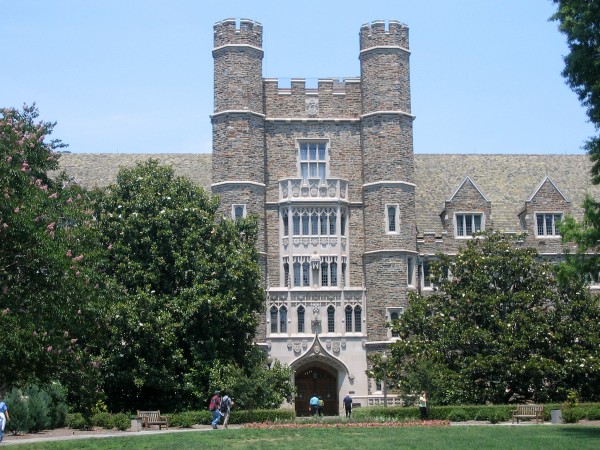 Duke University is fighting back against the perception that college education is overpriced and a waste of time by claiming that in fact $60,000 per year is a bargain. Yeah, you read that right, a bargain. In fact, they claim that in order to reflect actual costs they should charge $90,000 per year. It makes you wonder why it costs more than 1.7 times the median household income[1] to educate one college student per year.

Now Duke offers a breakdown of where that $60,000 goes toward its overall budget, but I don’t think it convinces as well as they think it does. They say that $14,000 of the yearly total goes toward administrative and support salaries. That’s nearly 25 percent. But don’t you need secretaries and custodians and cafeteria workers and, well, whatever else administration does? Let’s look at it another way. According to a 2011 Washington Monthly article, since 1975 colleges have vastly expanded their administrative functions without a concurrent expansion of teaching roles:

As for the actual faculty, they cost $21,000, plus another $7,000 for their support staffs. Duke claims that it costs that much to hire star professors and to pay for research teams and teaching fellows and assistants and labs. But does all that research and publishing and all that activity actually help the undergraduate? Does it help him get a job after graduation? Is it worth thousands of dollars in loans and the interest on those loans? It benefits Duke and the research and publication probably benefits society (not to mention the lucrative profits from monetizing the scientific discoveries), but it’s just another burden placed on those least able to afford it.

A couple of other salient facts about Duke’s pie chart. For one thing, it seems to assume that the university’s operating income for its operating budget comes from tuition, but for the vast majority of colleges a substantial portion of their funds comes from gifts to the school, investment income from endowments, and in the case of public schools, tax money. Thus their pie chart is skewed in one way.

Another fly in the ointment is that $20,000 that goes to financial aid. This is the part that seems odd. Give us $60,000 and then we’ll give some portion of that back as aid. If you get more than $20,000 back you’re actually getting a discount. If you get less than $20,000 then you’re helping subsidize other students.

That’s right. About 60% of students are mortgaging their futures at the cost of tens of thousands of dollars in interest over the years in some cases, in order to help pay for the other 40% of students to go to school too.[2] Does that seem right? Duke admits that about half of all their students are paying $20,000 per year to subsidize their classmates’ education.

Now some would say that’s okay because those who can afford to pay should help those who can’t. Except “can afford to pay” is such a subjective judgment. There are families that have scrimped and saved, that have mortgaged everything, that have foregone retirement saving in favor of college saving. And even then most end up with huge post-graduation loan burdens.

There is a higher-education bubble, just like there was a housing bubble a few years ago, and despite Duke’s dissembling, tuitions are out of whack and are imposing incredible burdens that are beginning to drag down our economy. Most young people would be better off learning a trade, going through non-tradiitonal education, or getting jobs that train you as you go than if they spent four years learning gender theory, partying like maniacs, and cramming for exams in order to forget everything the next day.

I’m an Expert at Working from Home